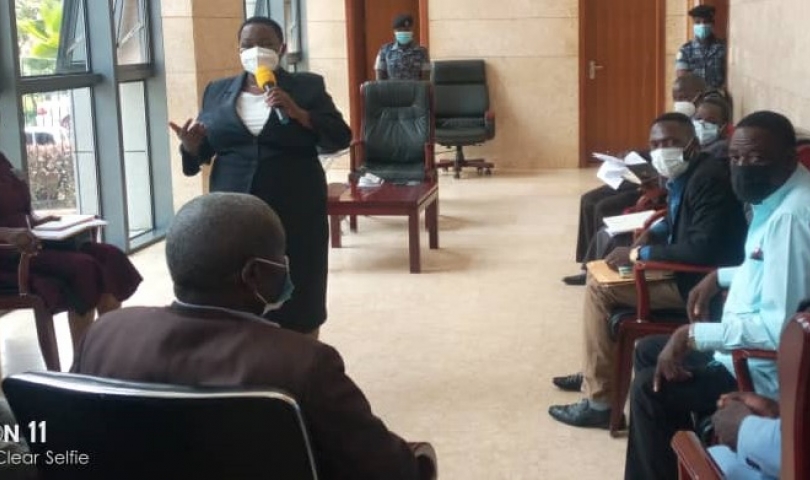 This followed her visit on 10th/09/2021 to the District where she promised to have a follow up meeting with the district leadership in her poffice in Kampala.

She pledged the government's commitment towards the delivery of good quality services to the people of Kayunga.

She argued the leaders  of Kayunga to fiind better ways of solving their differences saying that the wrangles existing amongst the district leaders especially the District NRM Chairperson Mr.Moses Kalwanga and the District Woman Member of Parliament Hon. Nantaba Aidah had made NRM party to lose some of its support and requested them to jointly work together for the betterment of the people they are serving.

She promised to provide more food relief to the flood displaced people in the District.

She still pledged that the government would tarmack Kayunga-Galiraya road.

She still requested the District leaders to identify land that can be bought by the government for the ressetlemnt of the displaced people.

The meeting was supposed to be attended by all the Area members of Parliament but only oneHon.Tebandeke  attended the meeting.