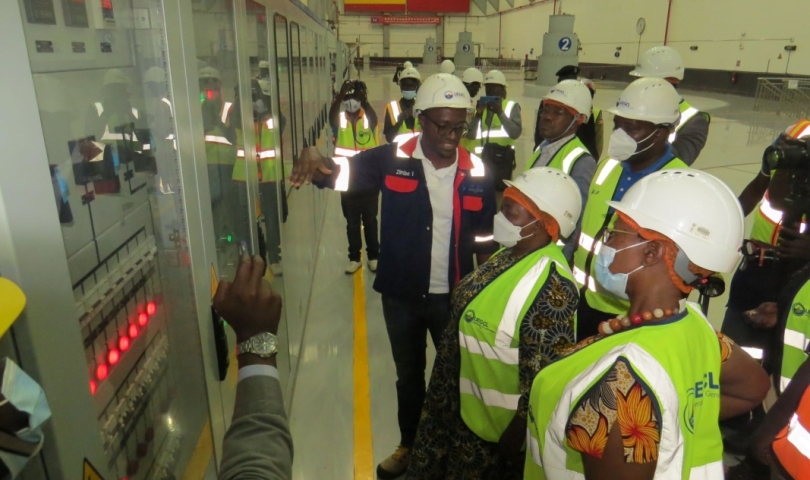 The delegation toured the dam and ascertained the functionality of the four turnines whereby  three (3) turbines were functioning well and the rest (one) was being repaired.According to the Engineers at the dam, the dam during the peak hours the dam generates 137 mega watts and  off peak hours 120 mega watts are generated .

At Kayunga hospital it was discovered that all the equipment were there except a few equipment that had been  removed  at the private wing awhich required to be replaced immediately and to tighten the administration of the hospital.

Rt Hon .Prime Minister She later had an engagement meeting with the District stakeholders  at Namagabi Secondary school whereby she informedthem that she had embarked on a campaign in respect to improvement of the performance of pupils  and therefore she had purposively invited them to come up with strategies that will help in the improvement of the performance of pupils in government aided schools.

He disouraged headteachers of government aided schools   from charging parents money yet government pays their salary , provides capitation grant and construction of classroom blocks among others and advised them to senstize the parents to contribute solid food rather than making cash payments.

The headteachers complained  to the Prime Minister that the funds being provded to the schools as UPE-capitation funds are meagre whereby the governmnet was providing shs 12,000 per year for each pupil under UPE program and therefore requested the governmet to increase on this funding.