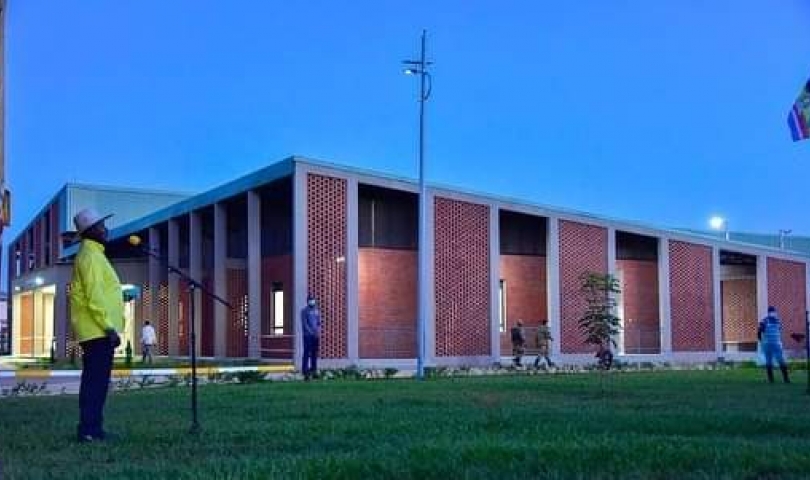 The hospital was funded by the Government of the Republic of Uganda and that Arab Bank for Economic Development in Africa (BADEA) funds for International Development (DFID) at a cost of 70 billion shillings,

Recently in October 2020, Kayunga District Council approved a motion of upgrading Kayunga hospital from the level of a District hospital to a regional referral hospital, whereby residents of Kayunga District and the neighboring districts will not be required to move for specialized medical referral services anymore.

The President also commissioned Isimba bridge comprises of two bridges with one measuring 435 metres and the other 475 metres connecting Kayunga and Kamuli districts. and said that another bridge from R. Sezibwa  in Kayunga District connecting to Nakasongola was also being constructed. The President also said that t Bbale-Galilaya road wiould also be worked on.

The President argued the people of Kayunga to fight household poverty; keep themselves healthy by avoiding HIV/AIDS, Corona, and to keep the peace, by not rioting to disrupt the country.V